Harvesting is done on a regular rotation every second or third year during spring and late summer when the leaves are mature. In Australian plantations, harvesting is done with big machines which cut the growth right off at ground level but at True Blue Organics we cut about a metre above the ground and continue to cut all the regrowth at that level. The trees have very vigorous growth and regrowth and about 90% of our original plants are still producing fifteen years later.

Initially we used a handsaw but now a chainsaw.

Hamish is an expert now with the chainsaw. Finn barks at the petrol vapours. 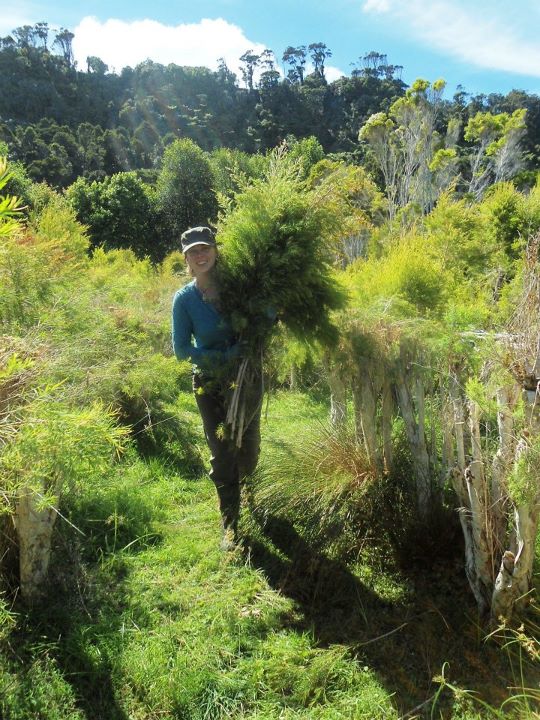 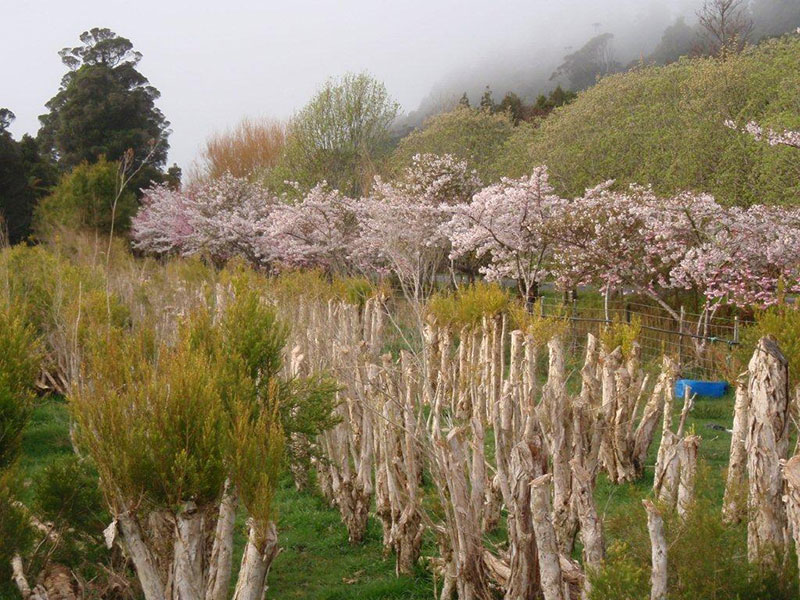 These rows have been cut over the 2012 season. 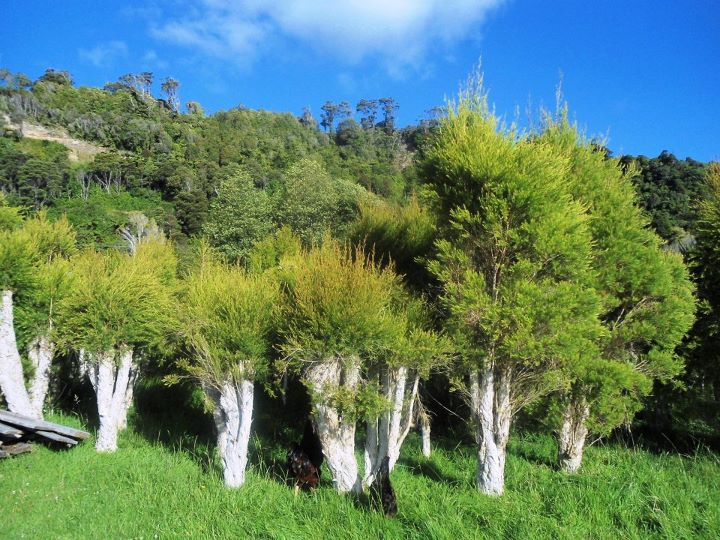 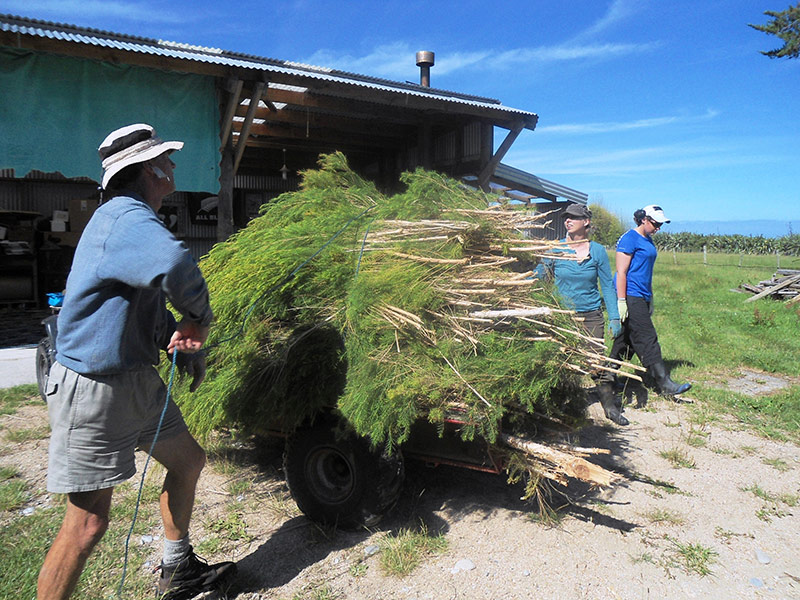 Unloading a full trailer
into the barn.

The cut plant material is gathered, loaded on to the trailer and taken to the barn for further processing.

It is useful to allow the leaves to wilt for a few days as the initial drying means less moisture for the steam to remove and makes it easier for the steam to open the oil glands and extract the oil.

These branches are trimmed into short lengths using a sharp machete. Hand processing allows any insects to be removed and weeds which could cause allergies, making the oil free of any possible contamination. 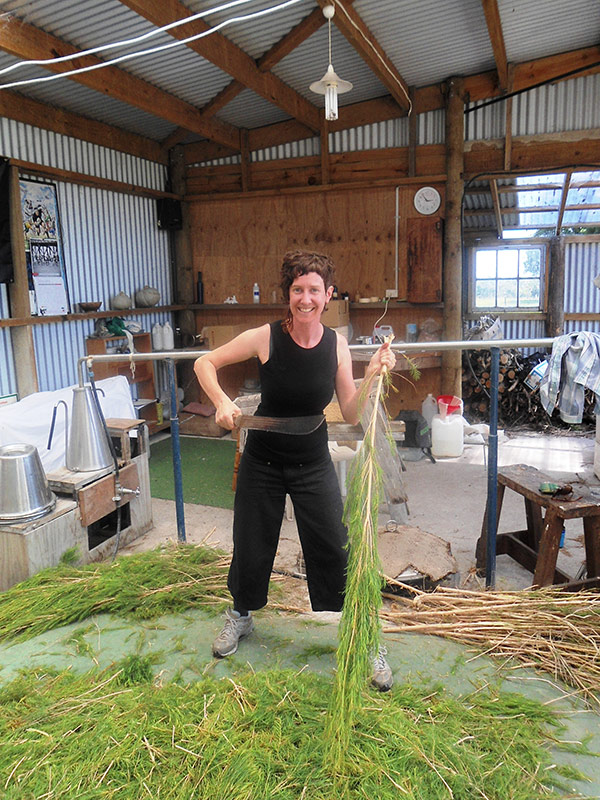 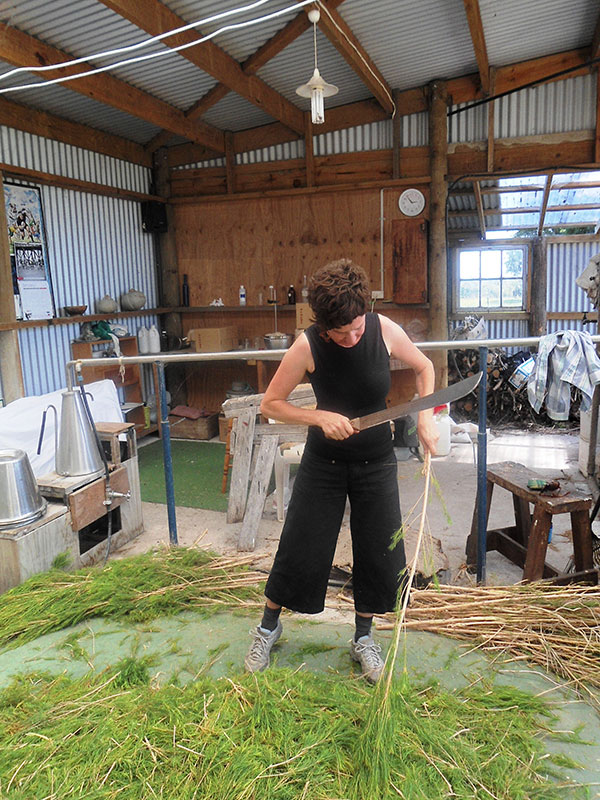 Where are your
gloves Kati? 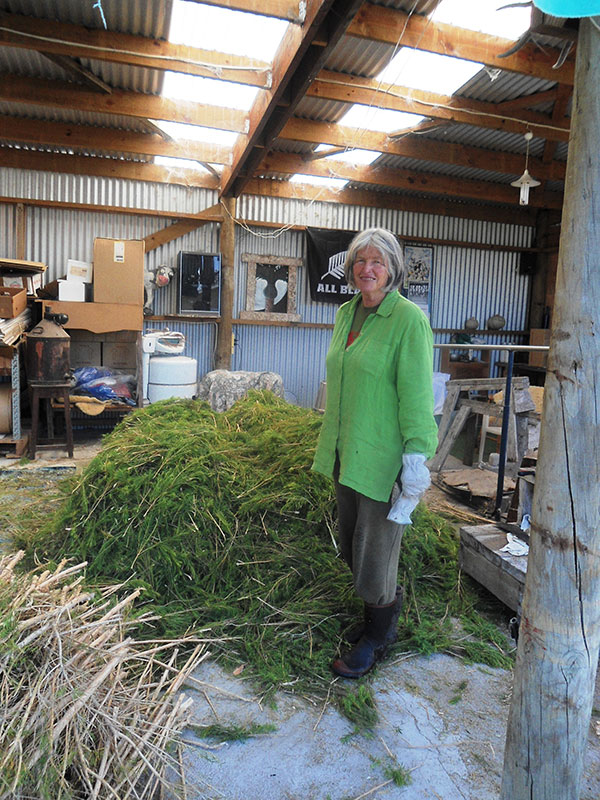 At last the
pile is ready.

The trunks and thicker branches have no oil in them and when all the leaves and twigs have been trimmed off, the leafless branches are taken to a stock pile which builds up over the year. In early spring, we hire a big commercial mulcher to chip this woody material which is used to create a large compost heap. The composted material is then spread back around both the Tea Tree, the vegetable garden and around our Feijoa bushes.