True Blue Organics came into being when we chose to leave the city lights in favour of the remote West Coast in 1983. The concept of an organic, sustainable venture was present from the outset and was borne out in the raising of our family and the establishment of our responsibilities to the rural community we called home.

In 1993 we purchased a 3-hectare property on the shores of the Otumahana Estuary and three years later undertook our first trial plantings of the Melaleuca alternifolia (Australian Tea-Tree).

Research had indicated that our area was similar to the natural locations of Melaleuca in Australia, being frost free and with a high rainfall and moisture retentive soil.

The plantation was certified organic by BiogroNZ, an accolade that covers the entirety of our produce (pears, nashis, plums, apples, a commercial orchard of 400 feijoa trees, eggs, honey, beef and mutton). The certification stands to this day and covers the Tea Tree products that are formulated on-site and the harvesting and distillation processes that produce the pure essential oil. 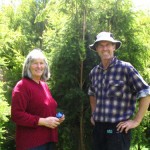 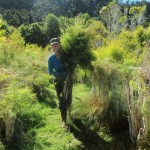 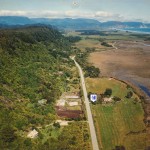 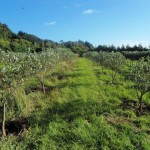